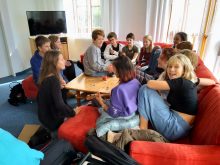 On the 3rd and 4th October we had an excursion to “Burg Schlaining” in Burgenland. When we arrived we made a tour through the village Stadtschlaining. We went to a playground and the SPAR. In the library we heard the story of a sick girl who was trying to make 1000 origami cranes, but she couldn’t finish them because she died before she could make all the 1000 cranes. We saw one of them in a class case! Then we attended a workshop about conflict management. After some team-building games two mediators taught us how to solve a conflict. We learned about the five stages of anger and how to listen and communicate better. Then we spoke about an actual conflict in our class. We spent the night in a nice hotel in Stadtschaining and returned back to Vienna on the next day.

The workshop was very interesting and I learned a lot.  😊 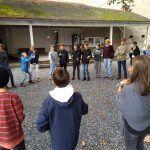 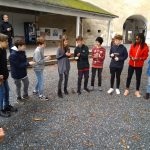 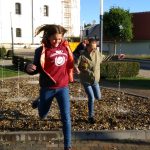 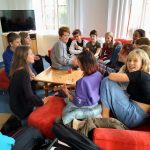 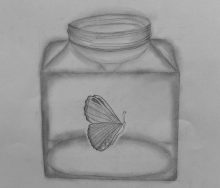 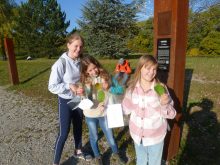